Because of the nature of our disability practice, many of our clients have existing health challenges.

With an abundance of caution during the corona-virus pandemic, our law firm is conducting all business via phone.

If you believe you need to meet with an attorney, please call and confirm before coming to our office. In order to protect our staff, we don’t want them to be exposed to unnecessary walk-ins.

Our attorneys and administrative staff will continue to work to meet your needs.

Disabled And Unable To Get Your Benefits? 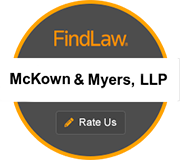 A new blood test could help SSD applicants establish the presence of a debilitating mental illness.

Depression is a mental illness that is often misunderstood. Unfortunately, the ability to understand the disease is further complicated by the lack of a concrete method of diagnoses. Currently, physicians often use non-scientific methods to diagnose the presence of depression. This can include questioning the patient on changes in mood and increased levels of fatigue. Accurately describing these symptoms can be difficult. Accurately interpreting them as a physician also poses problems. As a result, mistakes are often made.

These mistakes and the misunderstandings tied to this mental illness may soon change. Scientists with Northwestern Medicine recently developed a blood test that is able to diagnose major depression in adults. According to a news release by Northwestern University, the test could be a medical breakthrough.

More on the study behind the blood test

The study used to examine the blood test involved 32 patients who were previously diagnosed with depression and 32 who did not have the mental illness. This second group was used to serve as a control group. All participants ranged in age from 21 to 79. By carefully studying the blood samples, scientists were able to pinpoint nine different markers in patients who suffered from depression that were not present in the control group.

In addition to finding markers that signaled the presence of depression, the scientists also saw a difference in the nine markers for patients that had responded positively to therapy and were reporting that they no longer suffered from depression.

Generally, an applicant must meet the criteria listed in section 12.04 of the Mental Disorders to receive benefits. This can include meeting depressive syndrome symptoms and manic symptoms as well as establishing that the symptoms are severe enough to impede the applicant from working.

Meeting the criteria is difficult, but legal counsel can help

Putting together an application or fighting a denial can be difficult. Although the above mentioned test may help applicants establish qualification for these benefits, it will likely take time and additional studies before the SSA accepts the results of the test. In the meantime, those who believe they qualify for benefits are wise to seek the counsel of an experienced disability benefits attorney. This legal professional can review the case and work to better ensure a strong application or appeal, better ensuring the applicants chances of a more successful outcome.